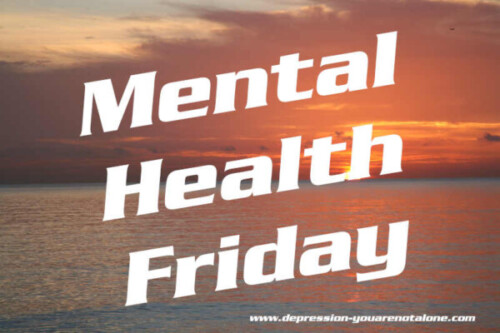 Frotteuristic disorder, or frotteurism, is a rare and poorly researched type of paraphilia. It involves the act of touching or rubbing one’s genitals against another non-consenting individual in a sexual manner, to attain sexual gratification. This activity reviews the evaluation and treatment of this disorder and highlights the interprofessional team’s role in evaluating and treating patients with this condition.

The Diagnostic and Statistical Manual of Mental Disorders V (DSM-5) distinguishes between paraphilia and a paraphilic disorder.

The term paraphilia is defined as “an intense and persistent sexual interest which is not a sexual interest in genital stimulation or preparatory fondling with phenotypically normal, physiologically mature, consenting human partners.”

The term disorder was added specifically to DSM-5 to indicate paraphilic behaviors. The term paraphilic disorder is explained as “a disorder that causes clinically significant distress or impairment to the individual or involved harm or risk to others while gaining sexual gratification.”

Frotteurism is one such disorder that is subsumed within paraphilic disorder; it is one of eight such paraphilias listed in the DSM-V. Frotteurism is the act of touching or rubbing one’s genitals up against a non-consenting person in a sexual manner.[1]

The term frottage is derived from the French word “frotter,” which means “to rub.” Kraft-Ebbing is credited by many for first describing this behavior in detail in the book Psychopathia Sexualis in 1886, while Clifford Allen coined the term frotteurism in the 1960s.

The exact etiology is not known, but many theories exist regarding the cause of frotteurism. Psychoanalysts propose that individuals with frotteurism may have unmet needs to rub themselves against the victim and cuddle, like an infant with his mother. Individuals engaging in these behaviors may fantasize that they share an exclusive and caring relationship with their non-consenting victims during the act. Freund and Seto have proposed that these individuals may also have problems with tactile interactions that may occur during normal human erotic or sexual interactions.[2] There has been some research to postulate a biological mechanism, primarily with the monoamine pathway resulting in abnormal sexual behaviors.[3][4]

Though not specific for frotteurism, paraphilias, in general, have been associated with the following additional mental health diagnoses.[5][6]

Frotteurism is poorly understood due to its lack of reporting. Some limited research suggests that this behavior has more often been reported in young, adolescent males between 15 and 25 years. One case illustrates the disorder in the setting of a twelve-year-old boy.[7] The exact prevalence is unknown, but a wide prevalence range between 9% to 35% has been reported.[8][9][10][11] Female frottuers are rare. Target victims are mostly female, mostly younger though some studies have suggested older age women.[11]

A comprehensive psychiatric assessment is warranted after the completion of a history and physical exam. Since this disorder is rarely self-reported, these individuals are often mandated by the courts to seek evaluation and treatment. The evaluator needs to be non-judgmental and make attempts to ask open-ended questions to gather as much information as possible. It is important to note that it is not unusual for more than paraphilia to be present in an individual. Often a history of premature ejaculation is noted.

Frotteurism is the act of touching or rubbing one’s genitals up against another person in a sexual manner without their consent, to derive sexual pleasure or reach orgasm. An essential characteristic of this disorder is that this behavior is repetitive.

According to the Diagnostic and Statistical Manual – V (DSM-5), for a diagnosis of frotteuristic disorder, the following criteria must be met:[1]

As part of establishing the diagnosis and excluding other causes, routine laboratory workup, and imaging may be obtained.

Laboratory workup may include:

Some important points to consider that may help in arriving at a diagnosis:

Treatment for frotteurism is usually not sought due to a lack of clinical or functional impairment. Additionally, individuals with frotteuristic disorder rarely seek treatment on their own. It may make individuals uncomfortable, feel ashamed, or guilty about their behaviors while seeking help. This paraphilic disorder often comes to light after being “caught” for sexual assault and mandated to seek treatment by the legal system or are asked to do so by their friends or family members. Since the literature on this topic is sparse, treatment modalities are often generalized for all paraphilic disorders.

A multi-modal approach is recommended, i.e., one which includes individual and family or community participation, in addition to psychotherapeutic and pharmacological interventions.

Several different therapeutic models, including – psychotherapy, cognitive behavioral therapy, solution-focused therapy, psychoanalysis, relaxation therapy, biofeedback, have been explored with some success. Additionally, the clinician needs to be aware of his/her counter-transference during this process.

As pointed earlier, frotteuristic behavior has been associated with several other mental health disorders like depression, anxiety, and low self-esteem.[6][12] Hence, treatment often involves treating the underlying or comorbid disorder as well. Regarding pharmacological interventions, the approach bifurcates into medications that “suppress” the sexual drive, i.e., by suppressing testosterone and those that “reduce” the sexual drive such as serotonergic antidepressants. Anti-androgens, specifically GnRH analogs, have been used as an evidence-based modality of treatment to reduce impulsivity and hypersexuality in severe cases.[13][14]

Ethical challenges requiring informed consent before administering GnRH analogs must be addressed. Additionally, since impulsive hypersexuality is thought to be a factor in this disorder, certain serotonergic antidepressants such as Fluoxetine, Sertraline, and Paroxetine have had modest success in mitigating increased sexual drive and in those who may have comorbid conditions like depression or Obsessive-Compulsive Disorders (OCD).[7][15][16][17]

Substance Abuse Disorder: An intoxicated individual using psychostimulants such as methamphetamine, cocaine may present with an episode that may mimic frotteurism. If recurrent such episodes continue, a diagnosis of frotteuristic disorder may be considered, in the absence of acute substance intoxication.

Traumatic Brain Injury: Frontal and frontotemporal deficits resulting from a traumatic brain injury can present with a similar lack of inhibition and increased sexual behaviors. However, cognitive deficits are typically present as a result of brain injury.

Conduct disorder and Anti-social personality disorder: A lack of a moral compass, disregard for the law, and societal norms can be important to distinguish from frotteurism. The key distinction is the lack of sexual interest or arousal by touching or rubbing against a nonconsenting individual by someone with a personality disorder.

Additional differential diagnoses may include:

Since this is a poorly studied disorder, the actual prognosis is unknown. Very few cases are self-reported, and the majority of offenders are discovered via legal processes. There is a dearth of large RCTs or long-term outcome-based studies. Since a significant component of treatment is based on self-report and the individual’s desire to seek help, it is safe to assume that motivated individuals with good community support and actively engaged in treatment may have a better prognosis than those who are not.

Very little is known about the long-term impact of frotteurism on the initiator or the victim.

If comorbid conditions are considered, this may lead to the development of a frotteuristic disorder, which can cause clinically or functionally significant impairment for the individual. These individuals may suffer from poor self-esteem, severe social anxiety, and guilt. Untreated mental health conditions may cause a further decline in the mental state. Once “caught,” there may be societal stigma and additional legal requirements that follow. For those with severe sexual disorders, mandatory registration to the sex offender registry, regular “check-ins” with the legal system, housing limitations may further complicate the picture.

This may be akin to a traumatic experience for the victim – increased anxiety, hypervigilance, avoiding public transportation, insecurity, and an overall sense of mistrust may occur.

There is no FDA-approved treatment for frotteuristic behaviors. Individuals must be educated and encouraged to seek out psychotherapeutic interventions and medications when necessary. It is important to stress to the patient that managing the underlying or comorbid conditions may also improve outcomes. Stigmatization for the patient is a real problem that must be recognized and addressed by the clinician.

Pearls and Other Issues

Here are some important points to take note of:

Frotteurism and frotteuristic disorder is frequently under-diagnosed and rarely self-reported, leading to a low level of evidence available. Additionally, these may present with various alternative presentations such as anxiety, depression, obsessive-compulsive disorders, etc. as noted above. The physician needs to be prudent about identifying these rarely reported symptoms. Since the first contact of many individuals with mental health presentations can be primary care physicians, therapists, nurses, or social workers, making these clinicians aware of the triggering complaints is important. Any questionable or confusing symptomatology must be referred to the specialist physician, i.e., a psychiatrist.

The psychiatrist should be well versed and knowledgeable with appropriate medical interventions to improve outcomes and decrease recidivism on the whole. A forensic psychiatrist (a physician trained in psychiatry and sub-specializes in medico-legal aspects of mental health) may see these individuals more than the regular psychiatrist. Thus, a forensic psychiatrist is in a unique position to evaluate, diagnose, and manage the treatment of individuals with frotteuristic disorder, thus improving outcomes for them by hopefully reducing future sexual offenses.

This book is distributed under the terms of the Creative Commons Attribution 4.0 International License (http://creativecommons.org/licenses/by/4.0/), which permits use, duplication, adaptation, distribution, and reproduction in any medium or format, as long as you give appropriate credit to the original author(s) and the source, a link is provided to the Creative Commons license, and any changes made are indicated.