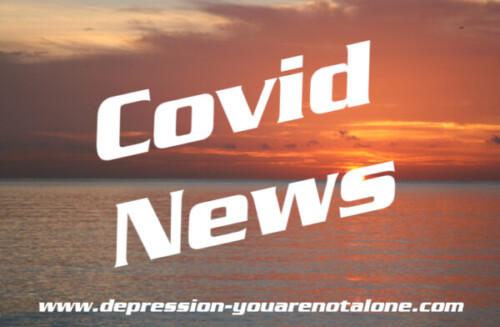 Covid and Schizophrenia: Why This Deadly Mix Can Deepen Knowledge of the Brain Disease

Most of the time, the voices in Keris Myrick’s head don’t bother her. They stay in the background or say nice things. But sometimes they get loud and mean — like when a deadly pandemic descended on the world.

“It’s when things go really, really fast and they seem overwhelmingly disastrous. That’s when it happens,” said Myrick, who was diagnosed with schizophrenia 25 years ago. “The attacking voices were calling me stupid. … I literally had a meltdown right here in my house. Just lost it.”

She was able to calm herself and quiet the voices, and as the pandemic wore on, she kept them at bay by keeping busy: continuing her work for a foundation, hosting a podcast, and writing a children’s book. She managed, but she worried about other people like her.

“People with schizophrenia were not actually deemed as ‘the priority vulnerable population’ to be served or to be addressed in the same way as people who had other chronic health conditions and who were over a certain age,” said Myrick, who lives in Los Angeles. “So we kind of got left out.”

This omission occurred even as new data published in JAMA Psychiatry showed that people with schizophrenia were nearly three times as likely to die from covid-19 as the general population. Their risk of death from the virus is greater than it is for people with diabetes, heart disease, or any other factor aside from older age.

“People’s initial reaction to this was one of disbelief,” said Katlyn Nemani, a New York University school of medicine neuropsychiatrist and the study’s lead author.

Some researchers initially questioned whether the disparate death rates could be explained by the often poor physical health of people with schizophrenia or their difficulty accessing health care. But Nemani’s study controlled for those factors: All the patients in the study were tested and treated for covid, and they got care from the same doctors in the same health care system.

Then studies started rolling in from countries with universal health care systems — the U.K., Denmark, Israel, South Korea — all with similar findings: a nearly three times higher risk of death for people with schizophrenia. A more recent study from the U.K., published in December 2021, found the risk was nearly five times as great.

“You have to wonder, is there something inherent to the disorder itself that’s contributing to this?” Nemani asked.

The immune dysfunction that causes severe covid in people with schizophrenia could be what drives their psychotic symptoms, Nemani said. This suggests schizophrenia is not just a disorder of the brain, but a disease of the immune system, she said.

Although researchers had already been exploring this theory, the data from the pandemic has shed light on it in a new way, opening doors for discoveries.

“This is a really rare opportunity to study the potential relationship between the immune system and psychiatric illness, by looking at the effects of a single virus at a single point in time,” Nemani said. “It could potentially lead to interventions that improve medical conditions that are associated with the disease, but also our understanding of the illness itself and what we should be doing to treat it.”

In the long term, it could lead to new immunological treatments that might work better than current antipsychotic drugs.

“It’s been a challenge,” said Brandon Staglin, who has schizophrenia and is the president of One Mind, a mental health advocacy group based in Napa Valley.

When he and other advocates first saw Nemani’s data in early 2021, they started lobbying public health officials for priority access to the vaccines. They wanted the Centers for Disease Control and Prevention to add schizophrenia to its list of high-risk conditions for covid, as it had done for cancer and diabetes.

But they heard crickets.

“It doesn’t make any sense,” Staglin said. “Clearly, schizophrenia is a higher risk.”

In several other countries, including the U.K. and Germany, people with serious mental illnesses were prioritized for vaccines from the beginning of the rollout in February 2021. In the U.S., though, it wasn’t until people were getting boosters in October 2021 that the CDC added schizophrenia to the priority list.

“We were happy when that happened, but we wish there had been faster action,” Staglin said.

It’s always like this with mental illness, said Myrick.

This story is part of a partnership that includes KQED, NPR, and KHN.